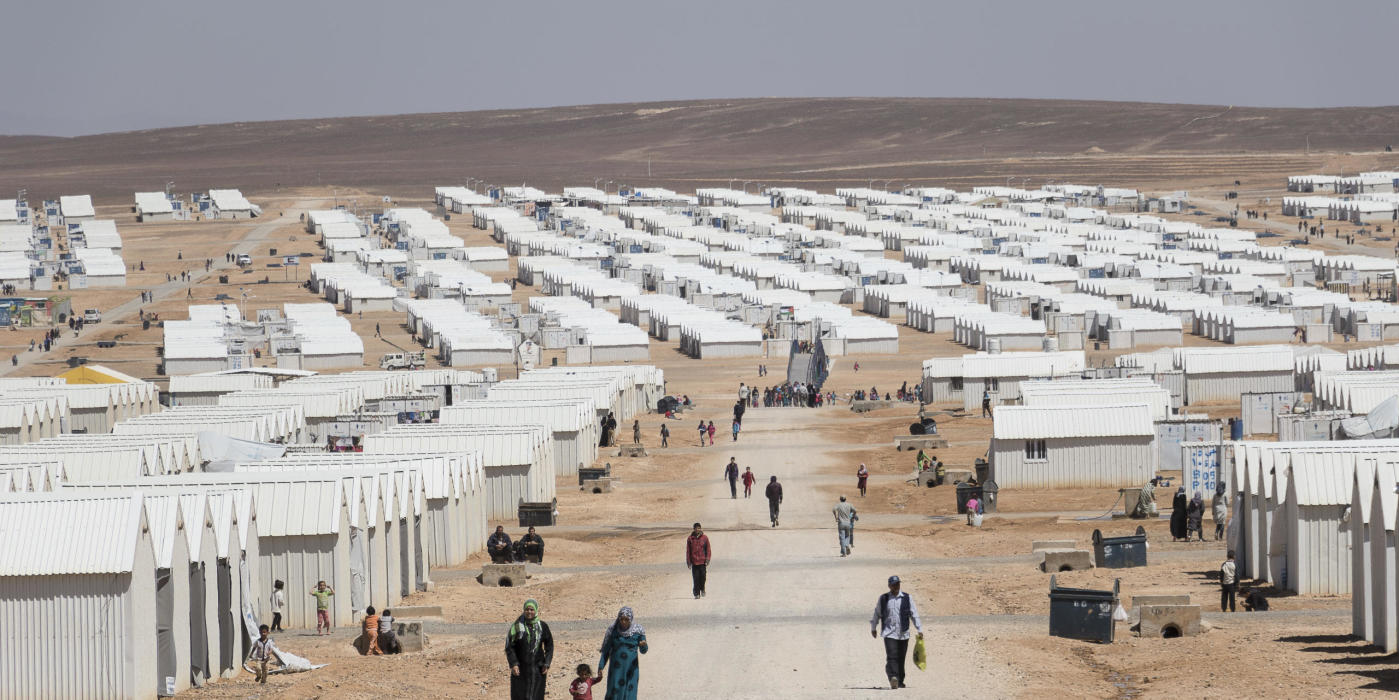 The Azraq refugee camp in Jordan is located 100km east of the capital city of Amman. Photo: Chris Herwig/NRC

The Norwegian Refugee Council (NRC)  is an independent humanitarian organisation helping people who have been displaced. NRC delivers aid in more than 30 countries, including Jordan, where its programmes focus on providing legal counselling, shelter, education, youth activities and livelihood opportunities to vulnerable populations, including Syrian refugees.

Jordan currently hosts hundreds of thousands of Syrian refugees who fled conflict in Syria. Those who have secured their legal status in Jordan are able to apply for work permits to work formally in sectors of the local economy open to non-Jordanians. Not all Syrian refugees have been able to secure their legal status in Jordan, while many continue to work in the informal economy.

The NRC project ‘Transition to Employment’ (T2E) uses coaching and job placement support as a tool to help Syrian refugees and economically vulnerable Jordanians re-enter Jordan’s labour market. T2E’s activities are implemented in the northern governorates of Jordan (Irbid, Mafraq, Ajloun) and in the capital Amman. Provided with the support of Bureau of Population, Refugees, and Migration, the project is built around four phases:

The programme provides training to refugees in specific skills, including soft skills. NRC also coaches the job seekers before they are placed on their new jobs to provide general advice, discuss expectations, and continuously checks in with them after their placement. The coaching component is vital to the transition to employment process. 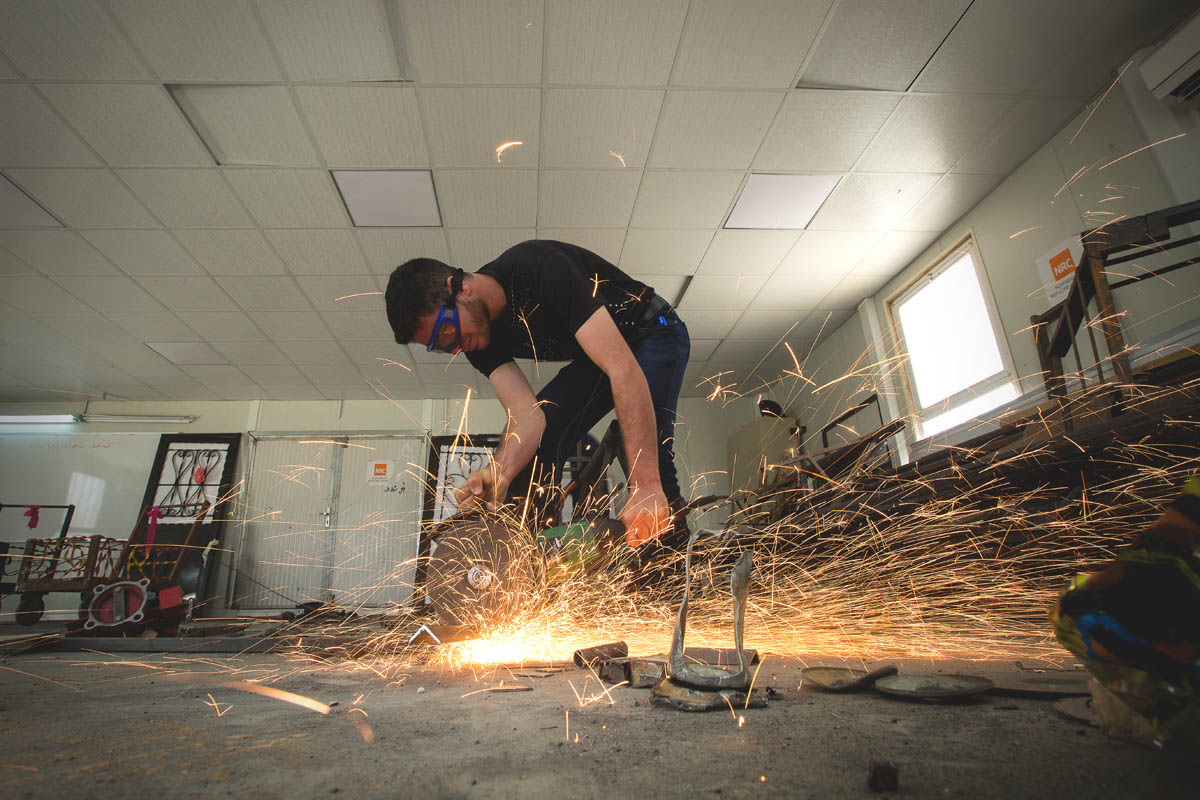 The project provides training to refugees and vulnerable Jordanians in specific skills, including soft skills. NRC also coaches the job seekers before they are placed on their new jobs, provides general advice, discusses expectations, and continuously checks in with them after their placement. The coaching component is vital to the T2E process. There are currently 300 Syrian refugees and Jordanians participating in NRC’s T2E projects.

Using Gamoteca as a coaching tool

As a result of the global pandemic, regular implementation of NRC’s face-to-face coaching component was no longer feasible. A remote tool was needed to continue the implementation of coaching sessions. A learning hackathon was organised by the NRC global learning team and run by Gamoteca at the start of the pandemic, where a number of colleagues from the NRC Jordan office participated. This is where they developed the idea to pilot Gamoteca for the coaching component of the T2E project. The NRC Jordan team rapidly created a prototype in Gamoteca and adapted the face-to-face coaching component to a virtual video-based format.

Gamoteca allows the coaches and job seekers to stay connected and interact with each other remotely through the coaching experience. The coaching was implemented via video and text feedback, which made the coaching sessions simple, useful and engaging. Delivering coaching remotely has not only enabled NRC to continue to support economically vulnerable populations in Jordan despite Covid-19 related restrictions. The format used has also seen all 300 participants remain enrolled and fully engaged NRC’s T2E project. 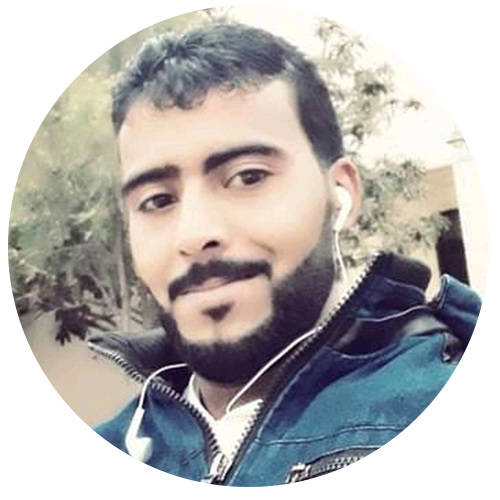 “The application was simple, user-friendly, and easy to use. Pivoting from the traditional means of learning and using gamification made it much enjoyable.

I was able to learn a lot that will benefit me in my personal and professional life”. 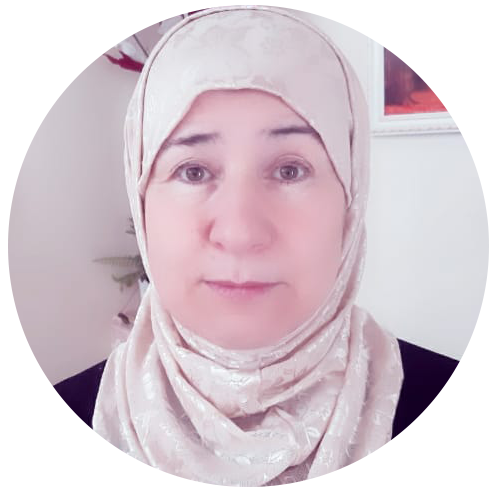 “The Gamoteca phone application was very easy to use and navigate. Using gamification made the learning experience interesting and exciting. Being able to resume my learning at any time made the experience very convenient. The content was educational and targeted towards job-seekers like me. It has benefited me a lot, and I hope to enroll in a longer coaching cohort with NRC”.

In the final part of the coaching, the participants were asked to provide feedback, which was met with interest and positivity: 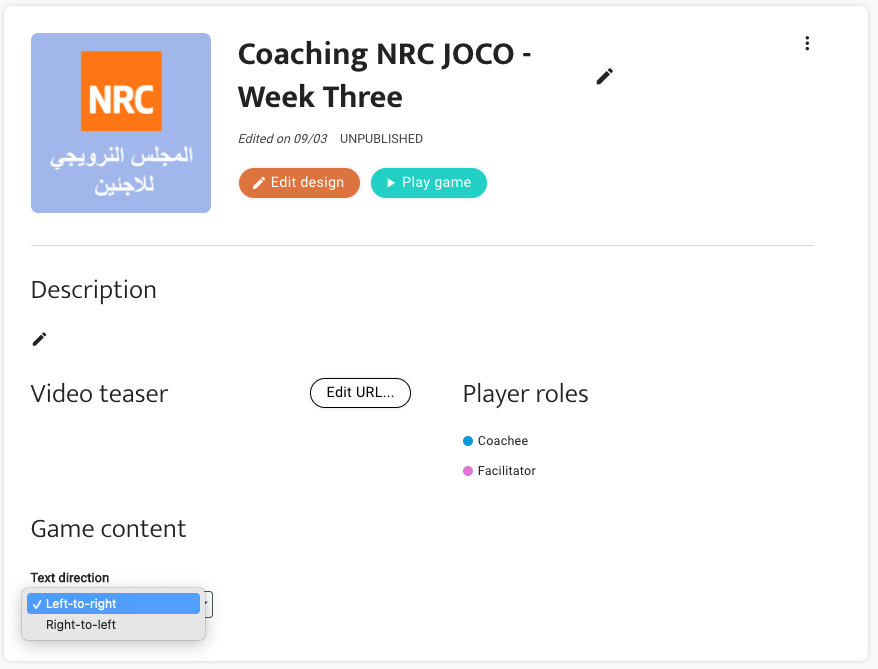 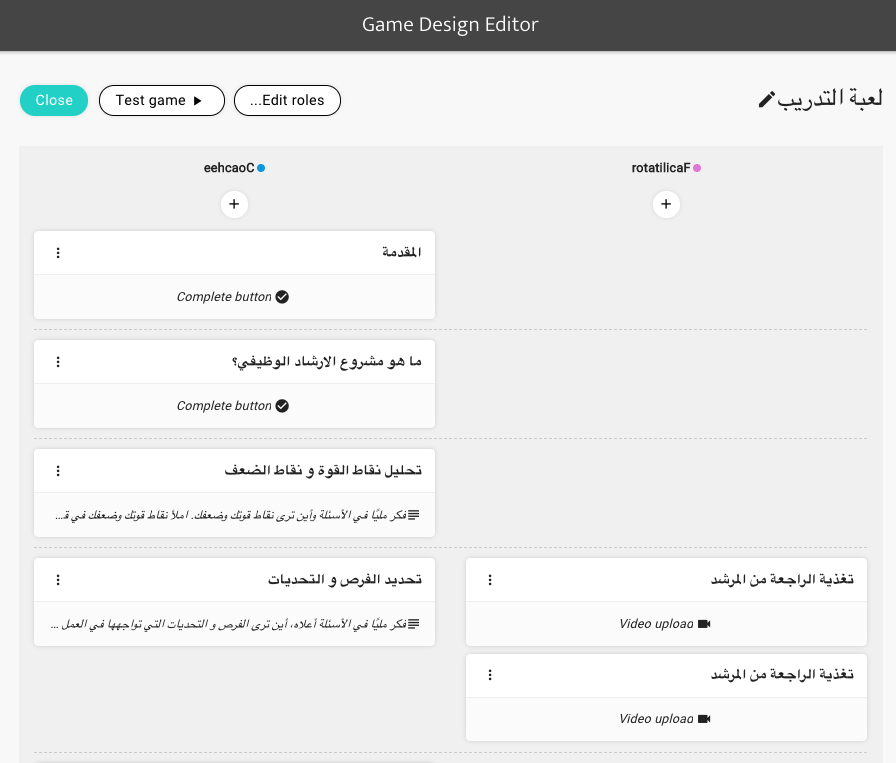 “The Gamoteca creator was very easy and straightforward, it took the team less than 48 hours to design and launch the coaching experience.”

To learn more about using Gamoteca for coaching: